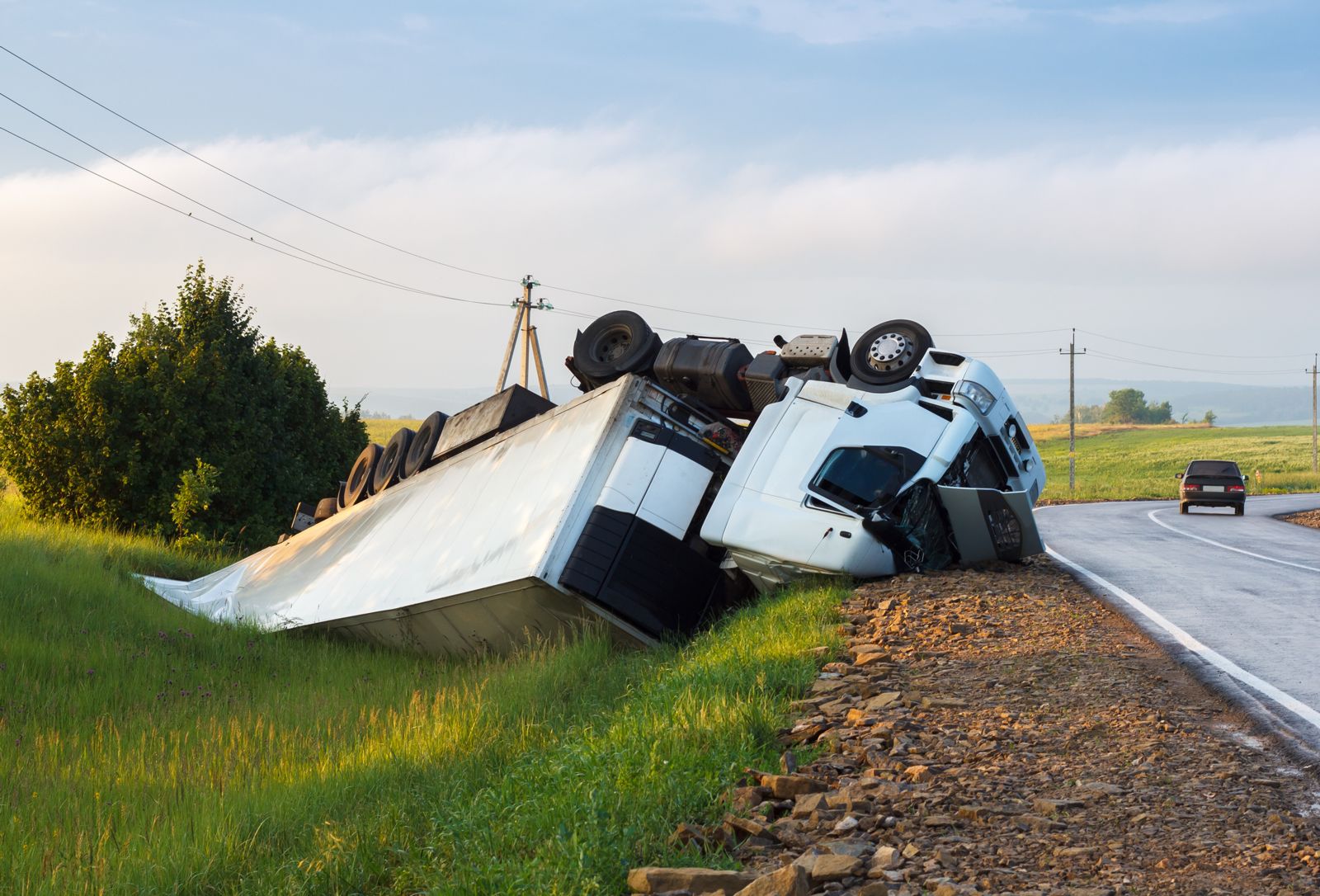 Rollover truck accidents are, fortunately, not a frequent occurrence. Overturn, also called rollover, was the cause of only four percent of fatal large truck crashes and two percent of all nonfatal truck crashes in 2015, according to the Federal Motor Carrier Safety Administration (FMCSA).

Nevertheless, rollover truck accidents carry significant risk for truck drivers, drivers of other vehicles, and other road users. In the event of an accident, the investigation must center around the cause and contributing factors of the accident. Once established, it will affect which parties are liable for the wreck and any damages that victims suffered.

According to the National Traffic Safety Administration (NHTSA), three things combine to cause truck rollover crashes: the vehicle, environment, and driver characteristics/behavior. The NHTSA has a complicated formula it uses to calculate the likelihood of a rollover. The variables in the equation include:

Who Is Liable for a Truck Rollover Accident?

That depends on what caused the truck to roll over. Some common causes and possible liable parties are:

What Is the NHTSA Doing to Prevent Rollover Truck Accidents?

To address the problem of rollover truck accidents, the NHTSA issued new requirements for heavy and large buses. Beginning August 1, 2017, most large trucks will have to contain Electronic Stability Control (ESC) systems. The ESC systems for large trucks and buses will add two important safety features:

The NHTSA expects heavy vehicle ESC systems to prevent over half of untripped rollover crashes and nearly 15 percent of loss-of-directional-control wrecks. The NHTSA estimates that these regulations will prevent over 1,750 collisions and almost 50 deaths a year once all large trucks and buses have ESC systems.

If you suffered injuries in a rollover truck accident that was not your fault, contact the personal injury team at the Law Office of Jason R. Schultz, P.C. and we will set up your free consultation. Call us today at 404-474-0804.