Comparative Negligence in Georgia: How Does the Law Affect Personal Injury Settlements?

In any personal injury case, two major factors in the final outcome are proving negligence and causation. These comprise two of the four elements of personal injury cases. Negligence refers to a party’s failure to take reasonable care owed to another party. Causation refers to proving that this negligence is what led to an accident and the claimant’s injuries. If a party was negligent and caused the accident, that party is liable for another party’s injuries. But what happens if both parties involved were negligent and contributed to the accident?

Comparative negligence in Georgia allows injured parties to recover damages even if they were partially to blame for the accident. But the law can significantly affect your personal injury claim settlement. Therefore, collecting the right evidence to establish negligence and causation is vital. Attorney Jason Schultz helps automobile accident victims in Atlanta and nearby communities collect evidence, build their case, and recover a full and fair settlement, even if they were partially at fault.

In some states, being one percent at fault for an accident bars you from recovering any damages at all. These states follow contributory negligence laws. But most states allow you to recover damages even if you were partially negligent. These are comparative negligence states, of which there are sub-classes. 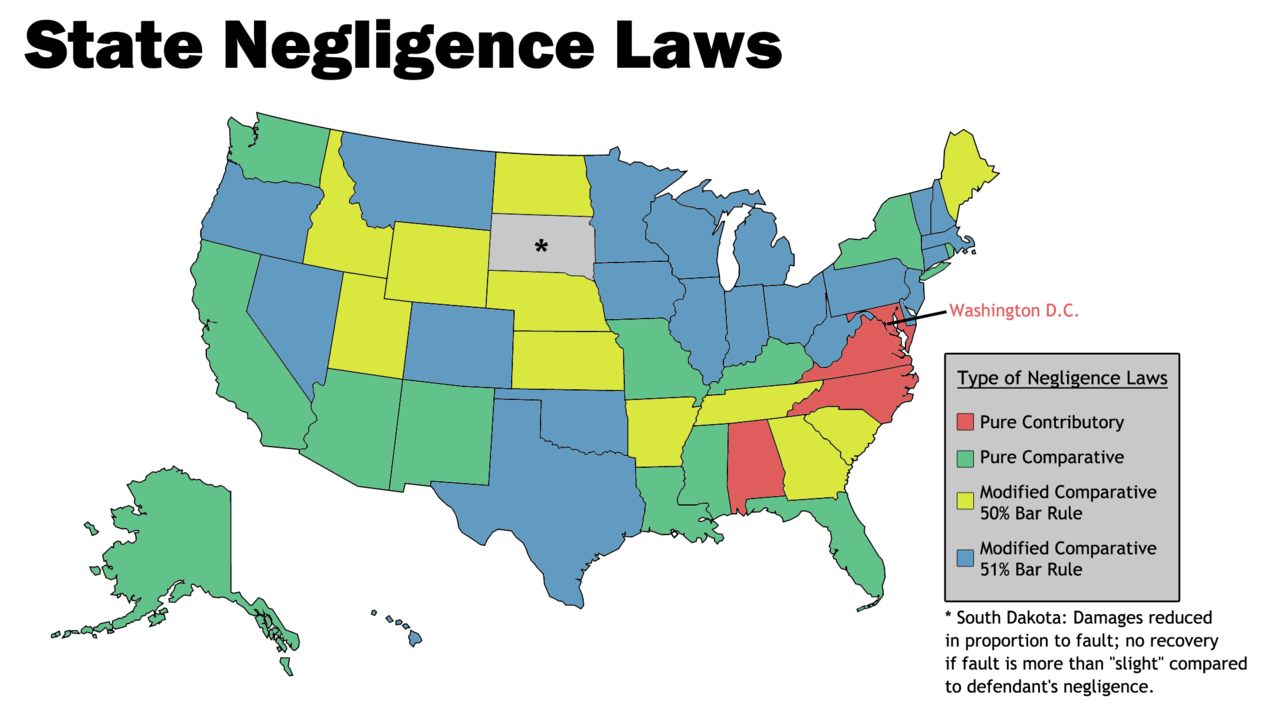 Some states say that you can recover damages even if you were 99 percent liable for the accident. These are pure comparative negligence states. But Georgia is a modified comparative negligence state. Georgia lets people recover damages even if they were partially at fault, but parties who are 50 percent or more at fault cannot recover any damages.

Georgia Is Not A Pure Comparative Negligence State

If you were 49 percent at fault for a car accident, you are eligible to recover damages. However, if you were one percent more at fault (50 percent at fault), you cannot recover any damages. This example illustrates the importance of building an effective case that demonstrates the other party is more than half responsible for the wreck.

The other party may argue that you contributed to the accident by failing to use a turn signal or neglecting to repair or maintain your vehicle. The insurer may look for small details like these as a means of increasing your percentage of fault, even if you believe the other party is fully to blame

Proving negligence is not just a game of pointing fingers. To establish the other party’s negligence, attorney Jason Schultz investigates your accident, compiles police reports and eyewitness statements, works with expert witnesses as needed, and takes other actions necessary to establish fault.

Your Percentage of Fault Affects How Much You Can Recover

But even if you were 49 percent or less at fault, it still affects the final settlement or judgment. In Georgia, your percentage of fault proportionally reduces the amount you can recover. So, if you were 40 percent at fault, it reduces your recovery by 40 percent. In such a case, you can only recover 60 percent of your damages.

This again demonstrates the impact establishing fault and minimizing your own comparative negligence can have on your case. If your damages total $10,000 and the other party can prove you were 40 percent at fault, then you can only recover $6,000 instead of the full $10,000. The $4,000 difference can be significant if you are dealing with medical bills, lost wages, and other damages.

Of course, if you suffered $10,000 in damages and were 50 percent at fault for the accident, you could not recover anything under Georgia law.

The law surrounding comparative negligence is complex. Insurers and judges consider many factors when determining which party is negligent and what percentage of fault they hold for the accident. That is why your case needs to thoroughly present evidence of another party’s negligence and make strong legal arguments regarding negligence and causation.

Jason Schultz can help you do that and can help you with every stage of the personal injury process. If you’re in the Atlanta area, call the Law Office of Jason R. Schultz, P.C. at 404-474-0804 for help with your personal injury claim after a serious accident. You can also fill out our online contact form to set up a consultation.

The Law Office of Jason R. Schultz is dedicated to vigorously defending our clients in an auto accident cases.  We are small enough to care and experienced enough to win.  Contact Jason Schultz at 404-474-0804.