The Dangerous Allure Of Supersport Motorcycles 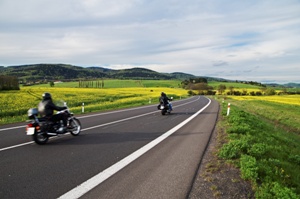 The evidence is clear – motorcycle riders in general have a higher risk of death or serious injury when involved in an accident than those utilizing other motor vehicles. In fact, according to a 2011 report put out by the National Highway Traffic Safety Administration, motorcyclists are 25 times more likely to die in a crash than automobile occupants, and five times more likely to be injured. But one type of motorcycle in particular is a menace head and shoulders above the others.

Supersport motorcycles, also commonly known as “crotch rockets,” comprise less than 10 percent of all registered motorcycles on the roadways, yet account for more than 25 percent of rider fatalities. Their appeal is multifaceted. They’re aerodynamic, lightweight, colorful, and fast (capable of speeds up to 165mph). The bike was originally designed for professional riders on closed racetracks. Some modifications have been incorporated for street use, but many riders appear to be using public roadways as their personal speedway.

In over 57 percent of super fatalities, speed was the greatest single contributing factor. Not surprisingly, among deadly motorcycle crashes, the average age of supersport riders was the youngest of any motorcycle riders—27. To make matters worse, a number of states are relaxing their helmet-use laws, which is bound to hike the number of deaths and injuries to riders who forgo this critical protection.

Talk To A Motorcycle Accident Attorney After A Crash

If you've been injured in a motorcycle accident you need to protect your health and your rights. Contact accident attorney Jason Schultz by calling (404) 474-0804 or filling out a contact form here.