How is a child personal injury claim different from an adult case in Georgia? 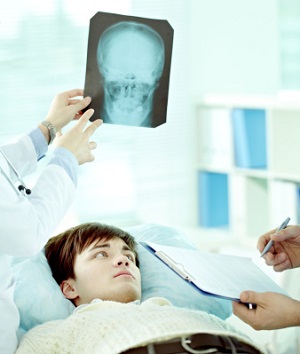 Witnessing your child suffering – especially when someone else caused your child’s pain – is exceptionally hard for any parent to bear. You want your child’s hurt to go away, and you want justice and reparation. Georgia has several legal avenues in place that you can use to seek financial recovery from any at-fault parties involved in your child’s injuries.

There are certain differences between injury claims for children and those for adults that you should be aware of. We will briefly discuss several of these differences below: statutes of limitations, contributory negligence, and types of compensable damages.

Who files the claim – the child or the parents?

When a child suffers a serious injury, Georgia law provides that the parents and the child can file two claims separately. Each type of claim has its own set of rules and time lines, and each case is different.

When filing a child injury claim in Georgia, claimants must bring any legal action through what laws refer to as a "next friend" or a guardian ad litem. As the parent, you may serve as your child's guardian ad litem or next friend. For more info about filing a claim, you should seek help from a local injury lawyer.

How do statutes of limitation in Georgia differ between a child and adult injury claims?

For most types of injury cases that involve children, however, the statute of limitations is “tolled,” or delayed until their eighteenth birthday. If your child suffered injuries in a car accident when she was 12 for instance, then the two-year time clock will not start ticking until her eighteenth birthday. So, she will have until her twentieth birthday to take legal action.

An exception to the tolling rule for child victims applies when the case involves medical malpractice. Under these circumstances, if the child is younger than seven years old, the statute of limitations does not begin until his seventh birthday. Children who are age five or over have a two-year time limit just like adults. There is also a one-year statute of limitations that applies to all medical malpractice cases, regardless of age, when it involves a foreign object left inside a patient.

How do contributory negligence rules differ for a child?

Another difference between an adult case and a child case is how the courts handle contributory negligence. When an injured adult (plaintiff) files an injury claim against someone (defendant), he has to prove that the defendant acted in a way that was unreasonable, i.e., failed to use ordinary care. If the plaintiff was partly responsible for the injury, this means he was “contributorily negligent,” and is therefore entitled to fewer damages.

What is attractive nuisance and what role does it play in a child injury case?

Attractive nuisance is a doctrine that specifically applies to premises liability cases involving children. When an injury case involves a child getting injured on someone's property, the child may have been trespassing. Trespassing generally bars injury victims from their rights to compensation for injuries. But under attractive nuisance, children may still be entitled to seek compensation.

The theory of attractive nuisance provides that if the hazardous or dangerous condition would cause (or likely cause) a child to want to enter the property, then the child cannot really be held responsible for entering the premises and is thereby still entitled to recovery. Common examples where this doctrine comes into play include those were there was a swimming pool to which a child has access because the owner did not put up a gate or cover the pool, discarded appliances, and abandoned cars.

How do damage awards differ in child and adult cases?

Generally, the types of damages that are compensable in a child injury case and an adult injury case are similar. The most common types of expenses and losses that are recovered in injury settlement include the following.

One area that may differ in terms of damage awards for children and adults is for lost income. Predicting lost income potential for a child is much for difficult than it is for an adult because the child has yet to have an opportunity to begin earning a living. His potential is unknown. If your child has suffered a long-term or permanent disability, your attorney can work with other experts to calculate a fair amount for lost income.

In the claim filed on the child’s behalf, if he is awarded a settlement (for pain and suffering and future damages), he will not have access to the funds until his eighteenth birthday. The courts will hold the funds in the interim to carefully preserve them.

Do I need an attorney for my child’s injury case?

There are layers upon layers of elements to address in a child personal injury claim, which can easily overwhelm a parent who is trying to tackle it on her own. In the wake of your child’s injury, it is advisable to seek counsel from an attorney to avoid mental overload and excess burden.